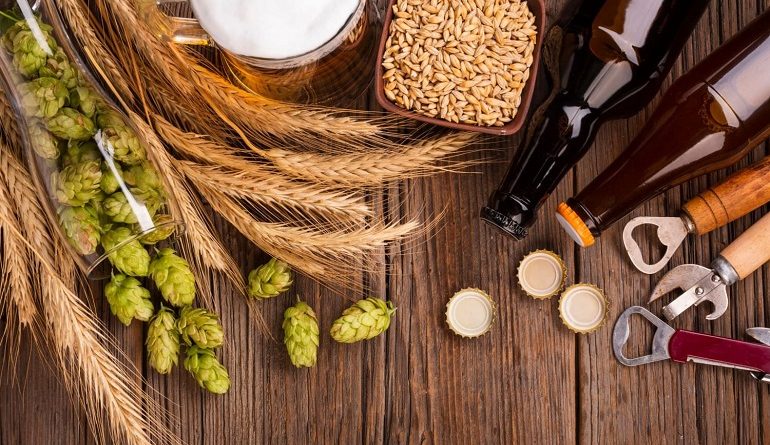 They say that beer is the third most consumed beverage in the world after tea and water, and if my friends, my family and I are any indication, that’s definitely true. I’ve always wanted to try home brewing, but because beer is one of my favourite things in the world, I have to say that my fear was that I’ll butcher it and ruin a good thing, one that I love so much. On top of that, the process seemed too complicated to me, like with many other hobbies I’ve wanted to try, I decided to let it go before even giving it a try. But then, a couple of years ago, I tried a beer made by a friend of mine, which, to my huge surprise, was really good and I decided to learn a little bit about the process and maybe even try to make my own.

It was quite surprising for me to learn that the whole process won’t require more than 10 hours of hands-on brewing. So, I got the equipment, bought the ingredients and several months later I tried my first very own homebrew. So, if you are like me, and you think that you need to be a wizard to brew beer, let me put your mind at ease. If you are thinking about becoming a homebrewer, you can. To be honest, if you know how to make yourself a cup of tea or coffee, you can make your own beer.

There is a reason why homebrewing is becoming such a common practice all around the world, and more than anything it’s because it’s really easy. In fact, nowadays, you can get basically the entire equipment you need, as well as the ingredients with a couple of clicks, and you can simply follow a recipe, and that’s it – in 2-4 months you can have a cold one in your garden and brag that you made it to your friends. More importantly, there are basically four ingredients that you’ll need to start home brewing: brewing yeast, malt or malt extract, hops and water.

Simply put, brewing is a process in which you basically steep cereals in water, and then you ferment the liquid you get with yeast. While homebrewing has never been easier than today, before you start, you should learn a little bit about how to choose the right brewing yeast. As you know, yeast is a microscopic single-cell organism that belongs to the fungus kingdom and converts food into alcohol and carbon dioxide as it grows – a process known as fermentation.

These fascinating organisms are the reason we can produce alcoholic beverages, and unlike in the past, when they didn’t even know why fermentation occurs, nowadays, thanks to science we can simply buy a different type of yeast depending on what we want to achieve, and start the process as soon as we want.

Amongst all the different yeasts species, there are two brewing yeasts, and your choice will have an impact not only on the overall brewing process but also on the final product’s (the beer’s) flavour and aroma. As a matter of fact, the beer yeast is what determines the beer style. Basically, you can get either ale or lager yeast. Ale yeasts are brewing yeasts that prefer warmer temperatures and work near the top of the fermenter. Lager yeast on the other hand works at the bottom of the fermenter and prefers colder temperatures.

Aside from the yeast, which you can get as a brewers yeast powder, to start homebrewing you’ll also need a malt extract. Malt is actually a dried germinated cereal grain, but if you want to become a homebrewer you can buy a malt extract to make the process easier and faster. Using malt extract also makes for a more consistent beer flavour. There are two types of malt extracts – liquid malt extract (LME) and dry malt extract (DME). LME is thick and sticky and it has a consistency like molasses, while DME is a powder. DME is easier to use in many ways – it can be stored easier and it can be weight easier for specific recipes.

While everything will have an impact on the taste of your beer, even the water, hops play a very important part when it comes to the flavour. Namely, they are what adds bitterness to the sweetness of the liquid. They are added in much smaller quantities than the malt, depending on the taste you want to get. To start your new hobby you can get hops that come in pellets, which is a great option for storing and using hops for homebrewers.

You’ve probably heard people say that the beer is basically water, and for a reason. Because it basically is. We can say that water is the main ingredient in beer, and most of the beers are over 90% water. But during the brewing process, we use more water than what’s left in the beer. And, best of all – as long as it’s potable, and if it tastes good – you can even use your tap water.