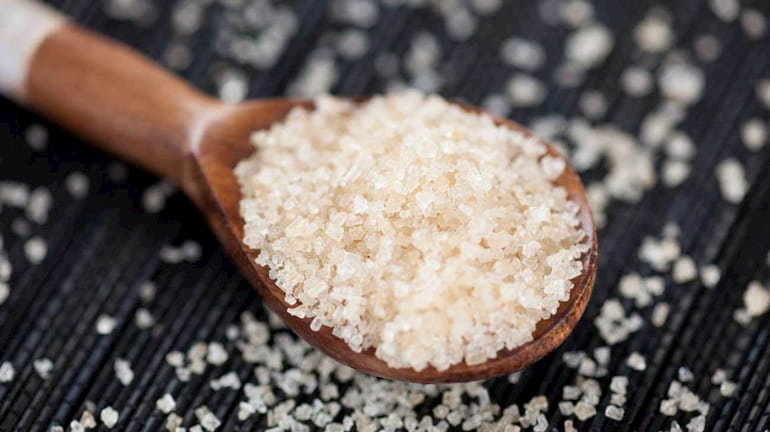 Whether you are trying to cut back on your sugar intake or you are just trying to eat clean and improve your health in general, natural sugar alternatives are a good place to start. And no, I’m not talking about Stevia this time, but monk fruit extract. This sweetener has managed to cast a shadow over Stevia in no time for many reasons, and now people can use it without ‘fear’ as it’s been approved by Food Standards Australia New Zealand (FSANZ). So, what is monk fruit sweetener exactly? Monk fruit or also known as Luo Han Guo is a small fruit native to Thailand and China. Traditionally, this fruit was dried and then used in herbal teas and remedies in traditional Chinese medicine, mainly in South East Asia and China. So, yes, for those of you wondering whether the monk fruit sweetener is healthy, the answer is positive. This sweetener is 150 to 200 times sweeter than artificial sugar and contains zero calories, carbohydrates, fat and sodium. I personally can confirm the fact that this zero-calorie monk fruit sweetener has not only helped me regulate my daily cravings for sweetness, but it also doesn’t leave an aftertaste in my mouth. I have tried both of its versions – liquid and powder form, and I’m okay with both of them. Personally I like to add it in my ice tea, coffee and even cocktails and my next experiment would be to use it for my favourite chocolate Keto cake, since I’m trying the Keto diet.

A rule of thumb when using this or any other sweetener for cooking is to read the manufacturer’s instructions. Usually, you’ll need less monk fruit or Stevia than white sugar, so how much you will use will mainly depend on the particular sweetener’s blend (in case it contains other sweeteners). When compared to traditional sugar and some other sugar substitutes, this zero-sugar sweetener acts exactly the same as liquid sugar in terms of sweetness, mouthfeel and viscosity. Except for aiding weight loss, this sweetener has some additional benefits.

According to what I’ve researched, monk fruit is considered the best sweetener, especially when compared to Stevia and erythritol. I have found that the latter can cause bloating and can have a laxative effect if eaten in excess, while Stevia is extremely sweet and has a strong aftertaste. To be honest, this was something that really bothered me about Stevia. I tried to get used to put it in my morning coffee on a daily basis and it was hard. Although somehow I got used to its taste, the aftertaste bothered me. And I must say, this is not the case with monk fruit, and as manufacturers like to say, this sweetener has a more neutral palate. With this sweetener, you can get the right balance of flavour and nutritional profile while staying healthy and satisfied.

In addition, there are some other cons about Stevia that you might not know:

Finally, I have only found one ‘con’ about this sweetener and that’s that monk fruit is difficult to grow and expensive to import. This can affect the final price of the product, but it’s not more expensive than Stevia, for instance. Except in its plain form, monk sweetener is sold as a blend with some other natural sweeteners for even better taste.