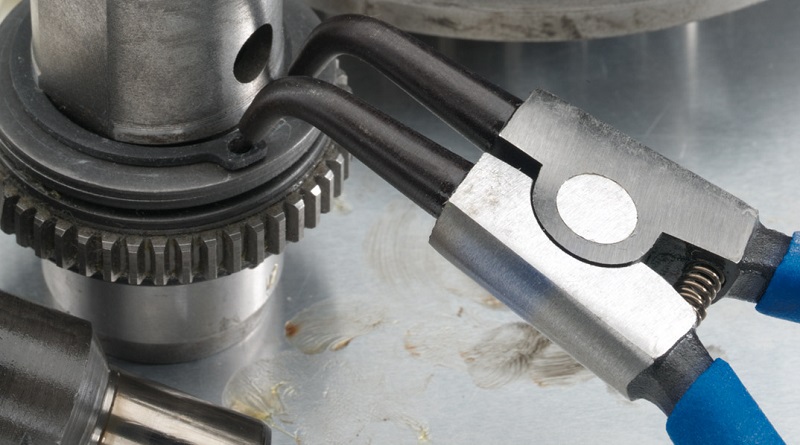 I think I speak for most when I say that one of the first tools every man buys and uses in his life are the pliers. These tools became one of the most commonly used ones to manipulate wires and metals under extremely high temperature. Initially, they were much larger in size and were used by blacksmiths. However, contemporary models are significantly smaller, and are used to bend and cut objects in many industries, including plumbing, cosmetic and the electrical industry.

Pliers are generally constructed of metal, although some models use plastic to make them more flexible so that they can reach tighter spaces. Regardless, pliers have two basic types of joints – solid and slip. The slip joint pliers adapt to the size of the object being held by the plier, while solid joint pliers feature a rivet or solid metal pin which secures the plier for one single size.

There are literally thousands of different types of pliers, and brands that make them. One of the most popular are the circlip pliers, which manufacture many different types of high quality pliers. The most common circlip pliers you’ll find are pump pliers, cutting pliers and long nose pliers. Each of these possesses unique features and characteristics which allow them to perform a specific task. Knowing about the different types and what differentiates them can make buying much easier.

Pump pliers work similarly to most wrenches. They’re commonly used by DIY-ers, and they feature knurled, short jaws that is adjusted by turning the rivet to either decrease or increase the span of the plier. A lot of people use these to grip and turn difficult-to-get-out bolts and nuts. Plumbers commonly use them to turn pipe fittings, hence their name. Homeowners use them to tighten electrical screws and twist faucets.

Cutting pliers are designed with sharp cutting edges and exceptional shearing power. Cutting pliers breaks the stereotype of pliers being only useful for holding objects in place. These pliers are capable of cutting through thinner screws and nails, as well as heavy-gauge wires. Home contractors use them to produce sheet metal pieces, and DIY-ers use them for cutting through thick wires. Newer, more advanced models reduce the snap that’s felt when cutting wires and provide leverage which allows the pliers to cut thicker metals.

Long nose pliers feature two lean and long pinchers that can be maneuvered into tight spaces. They’re commonly used by electricians to fuse box connections and manipulate wires. Moreover, they’re ideal for making precise bends in wires to connect the wires to light fixtures and receptacles. Precision is their main advantage, and it’s the reason why they’re the most popular type among electricians.

Over 70% of kids between 5 and 14 years old ride scooters, bicycles, skateboards or in-line skates. Although a great