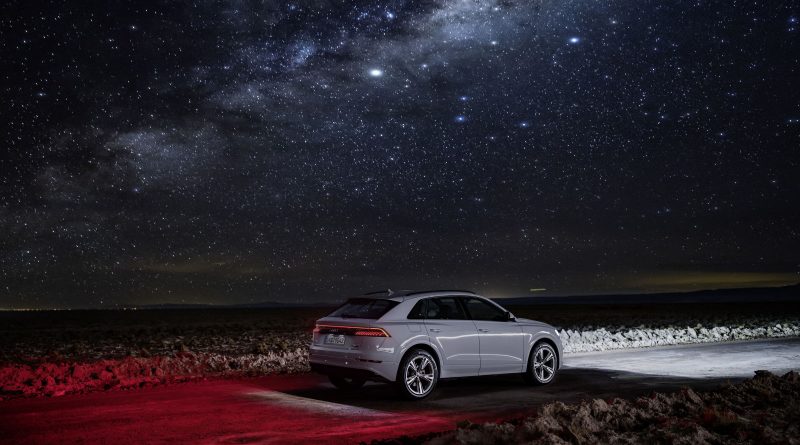 When most people look at the headlights on their vehicle, all they notice is their shape and location. And while these two factors still need to be considered, BMW added a whole new dimension to headlights back in the early 90s when they released the first HID headlamps. Later, Audi manufactured the first LED headlights, and the world of headlights changed forever. Up until that point, these parts were some sort of a commodity, and for over 40 years they were powered by halogen bulbs that provided about 1000 lumens of yellow light. But thanks to the advancements of illumination technology, nowadays, we have headlights that are three times as powerful and project white light. That being said, every type of headlight has its own distinct advantages and disadvantages.

The main reasons for replacing your vehicle’s stock headlights are either a broken headlight or wanting an upgrade to something better. Stock headlights are usually halogen, which are inefficient and pale in comparison to other lights. Further, halogen lights are very sensitive to substances, and if you use your bare hands on them, you’ll leave an oily residue that can alter the heat distribution of the bulb and decrease its lifespan significantly. Speaking of heat, halogen lights produce a lot of heat that’s wasted, making them an environmentally unfriendly option. HID headlights, also commonly referred to as Xenon, contain a mixture of rare metals and gases which are heated in order to generate white or blue illumination that legislators have specified is a must on new cars. Not only does the white light with a blueish hue add to the aesthetic appeal of your car, but HID lights also shine two to three times brighter than standard halogen bulbs. The increased vision can improve your reaction time to unforeseen obstacles, which makes driving during the night safer. Although these lights require more power to start, once they start working, they can operate with less power than halogen lights. However, HID headlights aren’t the most affordable type, which is probably the only reason why they haven’t flooded the market yet. On most cars, HID headlights are used only for the low beams, whereas the high beam light is provided by halogen lights because high beam lights need to be turned on and off quickly, which is something HID headlights aren’t great at. Vehicles that have bi-xenon lights utilize two bulbs, whereas a normal xenon light will use four, meaning that the cost attached to replacement parts will be smaller in the long run. However, while not a common occurrence, the shutter could malfunction from wear and tear at any given time. But not every standard xenon light uses a shutter.

Then, there are LED headlights that have been around for over a decade but have only gained popularity in the past few years. An LED headlight is the most energy-efficient option available on the market. It draws very little power for the amount of illumination it provides. Furthermore, it has a very long lifespan and can last for up to 40.000 working hours, meaning that it can potentially outlast your vehicle. An LED headlight does not contain mercury, and its small size allows the LED to be rearranged however you want. In terms of brightness, they fall somewhere between halogen and HID lights. On the downside, LED headlights are the most expensive option. Lastly, there are Laser headlights, which are considered the future of headlight technologies. While their name makes you think of flashy lightsabers from Star Wars that are quite dangerous, Laser headlights are anything but. These headlights are still making a breakthrough on the headlight market, and they’re expected to produce more light and be more efficient than any other type of light available. However, cars that generally have Laser headlights can only use them when they drive at speeds of more than 60km/h. If you aren’t driving fast, the LED lights will be the ones taking over.

Laser lights are more energy-efficient, even though they’re about 1.000 times brighter than LED lights. Due to the fact that they produce a lot of brightness for their size, the units themselves can be significantly smaller, which gives designers more flexibility to create aerodynamic designs. And lastly, Laser lights are very focused and they won’t scatter light easily, meaning they provide illumination over longer distances than most other lights. The downsides to Laser lights are that they’re only available for a small range of cars, and they’re very expensive and will stay that way until the technology becomes more widely adopted. You can find a wide assortment of quality aftermarket headlights online. Your search will be significantly narrowed down if you look for vehicle specific headlights that are made for a particular model, make and year of the vehicle. This also ensures a proper fit, meaning you won’t have to perform any additional modifications on your vehicle when installing the new headlights.