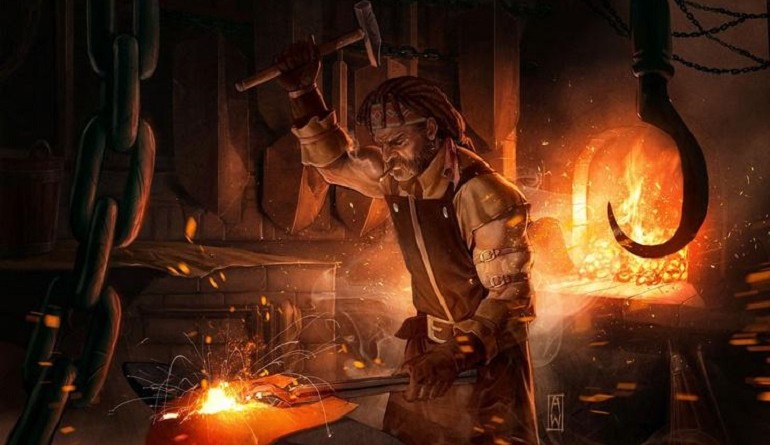 Throughout history, there have been a number technological breakthroughs that had a huge impact on humanity and marked the beginnings of a whole age. However, of all the crafts in the ancient world, metalworking was certainly the most influential. Metalworking revolutionized agriculture, it was the pillar of local economies, and large scale warfare could not be waged if it wasn’t for metal weapons and armour.

Humans began to make metal objects as early as 5,000 BC in the Middle East. They started with copper, but it wasn’t very strong. Later on, in around 3,500 BC they learned to combine copper and tin into bronze which was much stronger than copper and this was the beginning of The Bronze Age. Around 1,500, people started using iron and with it came the Iron Age.

As you can see, all the different ages (the Stone Age, the Bronze Age, the Iron Age) got their names from the corresponding materials that were discovered at that period. So, what can we say about the age we are currently living in? Which material had an impact big enough to define our age? Well, every day we are making new discoveries, but what really revolutionized every aspect of out life today in not a material, it is the invention of the computer. The inevitable merge of the milling machine and computer technology gave birth to a new way of processing metal: Computer Numerical Control or CNC metal machining.

Originally, CNC metal machining was developed for producing complex geometrical components for the U.S. Air Force, but it soon found its way in every part of the metalworking industry. It truly revolutionized the way components and sub-assemblies are made and besides metal, it can be used for manufacturing plastic parts as well. The CNC machine is basically a console that uses a unique computer software to control different types of machine tools such as mills, routers, lathes, grinders, and functions such as feed rate, location, speed, coordination, and so on. A customized computer program for each specific object is loaded and tested and after that, the CNC machine does all the work.

There are many advantages of using CNC metal machining. However, in my opinion, precision is probably the most notable one. CNC machining is way more precise than manual machining and what is equally important is that a certain process can be repeated over and over again in the exact same way. There are also components that are too complex for manual manufacturing and can only be achieved by using a CNC machine. Other advantages include time, energy and cost efficiency and, of course, safety.