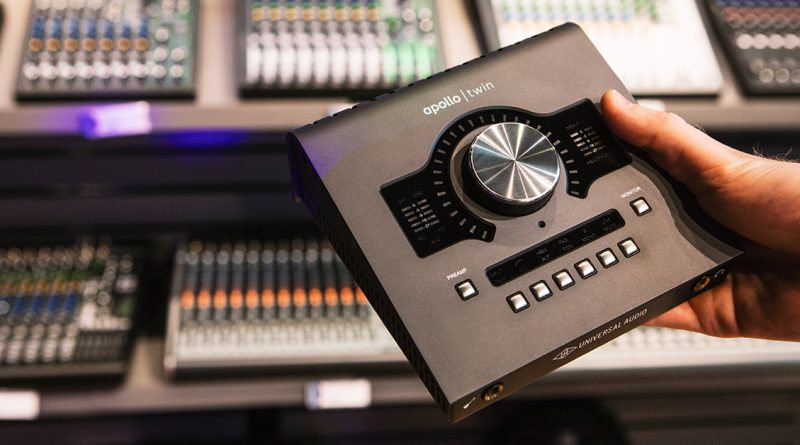 Computers are the centrepiece for multiple lines of work. For audio recording, production and editing, PCs and laptops have all but replaced old-school analogue and digital tape meaning sound is now converted into ones and zeroes. While your computer has a soundcard (and a limited number of input and outputs) that can do this to a certain level, for the best results you’ll want an audio interface. This considerably expands possibilities in terms of connections, how you monitor and edit your recordings, and prevents common issues like latency and interference from ruining everything you’ve poured your heart and soul in.

What are Audio Interfaces?

An audio or sound interface is the piece of audio hardware used to connect microphones, instruments and other gear to your computer. You’ll need a sound interface for the PC to convert the analog signals into digital data that you’ll use when recording, producing, editing and playing sound, and it does this using one of several connection options. Incoming signals can be processed using Digital Audio Workstations (DAW) and then played back via headphones or studio monitors. With an interface part of your home studio, you have the option of multiple lines (analogue and/or digital) inputs and outputs, less jitter, electromagnetic and radio interference and virtually no latency to get audio rivalling professional studios.

Basic audio interfaces will have two line-outs for each separate monitor, and a varying number of inputs, depending on what your intentions are. If you only need to record vocals and a single instrument, say a guitar, then two inputs will suffice. Anything else or resembling a full-on band, then more and varied inputs are required. Some inputs can also function as standalone preamps to bolster signals from inherently low-level devices like dynamic microphones and to be able to be recorded using DAW software. Instrument level signals, like those for bass guitars, will also need to amplify. Line level signal, on the other hand, is what’s required for mixing and signal processing gear, with the signal as it is.

What Else You’ll Find

Configurations and layout of where everything differs among various brands and lines of audio interfaces. Most have the line inputs at the back, but some can also put placed at the front for easier plugging and unplugging. Physical dials used to alter gain in input signals are also at the front, as are displays with digital or with analogue meters to show distortion levels and mic inputs with preamps to amplify signals from vocals. The majority of audio interfaces include digital optical inputs of the ADAT type to increase the number of lines, as well as a MIDI connection to hook up MIDI equipment like synthesizers and samplers. Higher-end interfaces will have multiple out lines to monitor with two sets of monitors or headphones (or both) at the same time.

Which Audio Interface Should You Buy?

There are hundreds of audio interfaces from dozens of well-respected brands, and each in different price points. What you end up buying will ultimately depend on your needs and what you intend to do with the interface. Sound quality and number and type of inputs and outputs should be factors that you need to consider first. Additional features and expandability for future-proofing if you decide to get serious in your work are another. Set your budget and pair interfaces with the capabilities of the the computer in terms of RAM and operating clock speeds to get the best sound in your recordings. And most importantly, set your initial budget and don’t stray too far.

Number and Type of Inputs and Outputs

This will be the determining factor in what you can connect. An entry-level sound interface for PC starts out with 2 inputs, say vocals and guitar, and 2 outputs (headphones and monitors for playback). The more you spend, the more options there are for connecting different gear and the more scope in what you can do. Still affordable variants are a significant step up, and will include separate electric guitar and bass inputs, a number of balanced line inputs when connecting synths, drum machines and other line level sources as well as outputs for simultaneous use of more monitors and headphones. Additions like expansion cards up usability that much more.

All bespoke interfaces will produce sound that is on another level from the PC’s soundcard. Issues with latency (or the time it take from an input signal being processed in DAW and played back) have all been erased with higher processor speeds. Even the cheapest interfaces won’t suffer from latency. Other things to look for are low noise and distortion levels in what is technically known as Total Harmonic Distortion and Nosie (THD+N) and stated as a percentage (the lower the better) as well as Dynamic Range, or the difference between the loudest signal and the quietest signal the interface can handle. Frequency response is also related, as this sets the audible parameters of low bass in drums or high treble in vocals. Higher ranges offer more clarity.

This refers to cabling and connection types for hooking up your interface to the PC. Most common are USB and USB-C used with PCs, but you’ll also find Thunderbolt connection for connecting to MacBooks and iMacs. Bundled PCIe cards and high-end ultra fast interfaces are what you’d want in pro studio work.

All interfaces are supplied with bundled software for easier control. Each brand has its own software to speed up workflow. This also easily integrates with your installed DAW. Other features worth having are DSP or digital processing as well as advanced latency and interference control.

When buying your next interface, begin with your budget and shop for the features you need. Basic models start out at just under $200, but four-figure sound interfaces aren’t uncommon. As always pair your gear in similar price points.