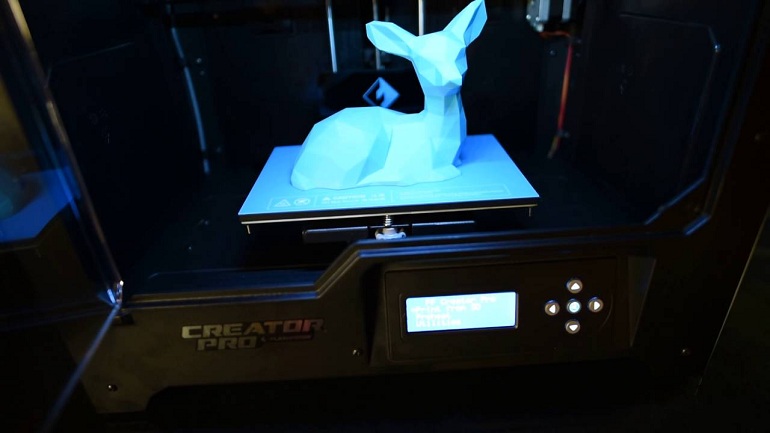 One of the most exciting technologies in the past several years is definitely 3D printing. 3D printing basically opens a floodgate of possibilities in both residential and commercial settings, as it allows people to create products of any type by themselves. For something that’s as affordable as a 3D printer, it brings infinite value, simply because it can help you save money or even help you launch a home-based business. Here are several ways that a 3D printer can pay for itself, save, and even make you money.

You Create Instead of Buying Recent studies have shown that the average household can save anywhere from a few hundred to a few thousand dollars a year, just by utilising 3D printers to make common products instead of buying them. The products can include anything from a paper towel holder, a shower head, a phone case, a garlic press, or anything in between. Even if the product you’re making costs the same as if you were to buy it, it’s still more convenient and cooler to make it yourself. Replacement parts can be expensive or even straight out difficult to obtain. For that reason, many appliances that are only slightly broken, might end up being thrown away instead of fixed. Not only are some replacement parts expensive, but they’re oftentimes nowhere to be found. You can find plans for replacement parts online, which involve parts for anything from bicycle fenders to blenders and much more. You can create things that are unique to you. A unique pair of shoes, a ring, or even a prosthetic limb – all these can be created using 3D printers. Moreover, you can design and sell anything you come up with. A lot of people have the ideas, but lack the craftsmanship to create. This makes 3D printing a great opportunity to open a new business. That being said, you can create exactly what you want, without any limitations except your imagination! 3D printing has attracted many investors. If you had an idea before 3D printers were a thing, it could cost you thousands of dollars to bring the prototype to the market using traditional methods. While granted, a low-end printer may not be good enough to make the actual model you’re going to be selling, but it will be good enough to showcase the model idea or concept before a company invests in it.