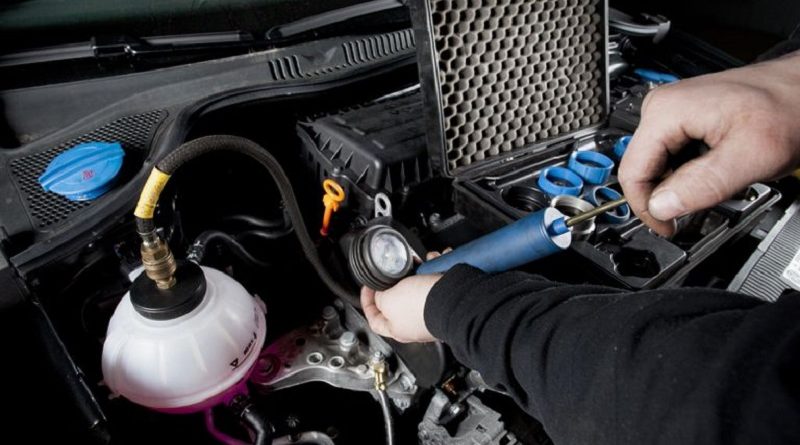 The engine is the heart of your vehicle. It’s responsible for generating power and propelling your vehicle forward. It does so with a process called combustion, where small, controlled explosions happen inside its cylinders. This process, however, generates a lot of heat and friction, so in order to sustain the workings of the engine and to maintain optimum performance, it’s important for the engine to operate at an appropriate temperature. And this is where the car cooling system comes into play. But how does a car engine cooling system work?

Well, that depends on what type of car cooling system your vehicle has. Cooling systems are divided into two basic categories – liquid and air cooling systems. Liquid systems are found on most modern vehicles simply because they’re the superior option. Liquid systems, as you might have guessed from their name, utilise liquid that passes through the pipes of the engine, where they absorb all the heat and provide a cooling effect. Once the liquid is heated, it’s transported to the radiator, where the heat is released into the air. On the other hand, air cooling systems feature aluminium fins which surround the engine, and once there’s too much heat in the engine, a fan blows air into the fins, redirecting the air from the cylinders and cooling the air down.

The Components of an Auto Cooling System The water pump is considered the heart of the engine cooling system. As long as the engine runs, the water pump will keep the coolant moving. There are a few different ways in which it’s driven by the engine, such as a fan belt, a timing belt or a serpentine belt. The water pump is confined in a cast iron or aluminium housing, and it features an impeller and a pulley. In order to prevent leaking and keep the fluid inside, it has a completely sealed construction. The impeller makes the coolant circulate through the help of centrifugal force.

The radiator is responsible for the heat exchange happening inside the cooling system. It features a few different parts, including an inlet and outlet port, a drain plug, and a pressure cap. From the water pump, the coolant is circulated all the way through the radiator. Radiators come in a few different designs, and they can be constructed from different materials. The tubes can either run vertically or horizontally. Older vehicles feature radiators with a brass tank and copper core, whereas modern vehicles are made from a combination of plastic and aluminium, which are far more efficient. Further, the radiator is equipped with fans that also come in various designs. Some radiators have one fan, while others have two. Regardless, they’re designed with a cover in order to prevent injuries and to direct airflow in the proper direction. If the fan stops spinning, the engine’s temperature will rise. The thermostat is a valve responsible for regulating the amount of antifreeze that flows, maintaining the proper operating temperature. The main parts of the thermostat include a charge cylinder, frame, a main spring, secondary spring, main valve and bypass valve. The thermostat is only opened when the running temperature is achieved. It’s at that point that the coolant circulates the cooling system of the engine. It comes with a sealed copper cup with a metal pellet and wax. When the thermostat notices a higher temperature, the wax expands, and the piston is pushed in the spring, forcing the valve to open to let the coolant in. This part of the car engine cooling system is responsible for detecting the engine’s temperature. The data provided by the temperature sensor is used by the engine’s computer to determine fuel injection and ignition time and control the radiator fans. Some engines have one, while others have multiple sensors. Although this part is technically not a part of the cooling system, it’s what makes the cooling possible. As aforementioned, the coolant can be either liquid or gas, and regardless of what it is, it passes through all of the components mentioned above and it makes regulating the temperature of the engine possible while preventing overheating at the same time. Nowadays, the coolant is usually a mixture of ethylene glycol and water. The recommended ratio is 50-50 for engines. This is because having less ethylene glycol than water will make the boiling point too low. While it’s possible to have as much as 75-25 antifreeze to water ratio, more than that isn’t recommended. Having pure antifreeze won’t work properly and it can boil over. It goes without saying that antifreeze is poisonous and should be kept away from people and pets, especially cats and dogs, who are attracted by its sweet taste. If ingested, ethylene glycol will form calcium oxalate crystals in the kidney, and that can lead to acute renal failure and ultimately, death.