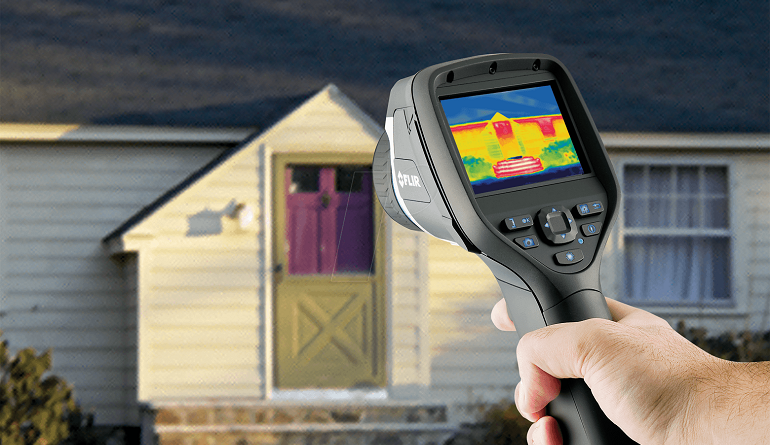 The thermal imaging camera is one of the most sophisticated tools of today’s technology and as a fire-fighter; I am bound to use it a lot. When fire is in question you have to act fast, be very careful and find the most suitable way to save people from danger. In this article, I am going to illustrate the best possible ways to use FLIR E50bx Thermal Imaging Camera – the best thermal imaging Australia has to offer.

FLIR E50bx is equipped with 43,000 pixels at 240×180 resolutions. Real-time thermal imagining at 60 Hz lets you capture all moving components and events at 9 Hz. Something that eliminates all the competitors out of the game is the 3 megapixels digital camera that gives you the clearest pictures possible (and I have worked with a lot of thermal imaging cameras!). Equipped with the best touch screen technology and easy menu to operate it can give you the required speed to act in dire situations. The touch screen also gives you simple and easy access to all the apps that make all types of analysis.

FLIR has always been one step ahead, integrating Wi-Fi connectivity, so you can easily connect to iPad, iPhone, iPod Touch and every other Android device. Just download their viewer app from the Playstore or Apple Store and import the required data to your camera. It also renders the learning process of new cadets a lot easier. It has a memory card slot for image storage (around 1000 high-quality JPG images). The batteries are Li-Ion rechargeable and can go up to 10 hours without recharging. They can withstand temperature differences ranging from -20°C to 120°C. Below I will go in more detail, explaining every aspect you might need to know before making your purchase while choosing cameras featuring thermal imaging Australia wide.

Thermal imaging cameras are used to detect infra-red radiation that is emitted by any object. FLIR E50bx processes the energy release and converts it into a viewable picture on the screen. For the purpose of explaining this process I am going to show you three types of emitters:

This energy is captured by the processor of the Flir E50bx and displayed on the screen so we can see objects even in smoke obscured areas. From time to time, you can notice that the image on the screen is freezing – this is normal. You may also notice a small square appearing in the upper left corner – this is a warning for the pending screen freeze after which the processor is automatically refreshed and produces quality images.