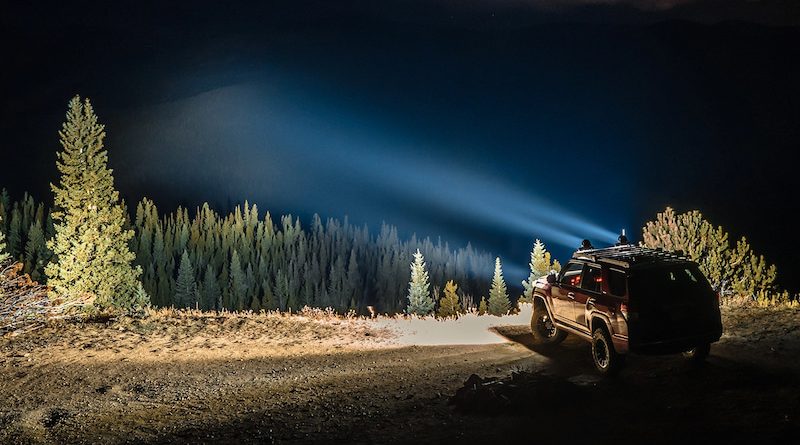 The stock lights that come with your 4WD or ute are significantly better than what carmakers offered just a few years back. They’ll light up your way and get you safely to your destination without major hiccups. That’s in most cases. But in places these vehicles call home, the bush and poorly lit work sites, additional lights are a necessity. They’ll help you navigate your way in the dark, no matter where you’re going.

Why You Need Driving Lights

Driving lights are aftermarket accessories that significantly improve visibility and safety. For Aussies conditions, it means meandering through dirt trails and unsealed roads in pitch darkness, and juggling the vehicle through rock, brush and wildlife. There’s also dust and haze to contend with and scores of surprises and obstacles that your head and fog lights just won’t pick up. With a set of 4×4 driving lights, drivers null the risk of punctures, encounters with wildlife, collisions with other vehicles, major vehicle damage and getting bogged down.

Spotlights aim to illuminate your path further down the road. Lightbars offer a better spread of light to the sides of the vehicle. The combination allows for max visibility in all directions and at much greater distances than you’ll get with stock headlights.

Advancements in lighting tech have improved light output and durability. Older driving lights are fitted with halogens and based around an inert gas and tungsten filament in a vacuum globe. They’re easily recognisable by the yellowish tinge. Halogens trail other lighting types, particularly in projecting light over further distances. While they’re relatively quick to turn on, they gulp down a lot of power in a short time.

Xenon or High-Intensity Discharge lights were cutting edge tech a decade or so ago. They use heat to charge gases and rare metals to create light. The good thing about Xenons is the high-intensity output, meaning they offer the best distances when paired with good reflectors, with some beams reaching over 2000 metres. They’re also less power-hungry. The downsides are that Xenon lights shine in a fatiguing bluish-purple hue and take some time to reach full brightness.

LEDs are what most buyers go with, both for spotlights and light bars. They consist of light-emitting diodes that light up when current is sent through a semiconductor. This means they have a small footprint and are considerably more efficient than either Xenon or halogen lights. Lower power use is crucial in off-roading and longer trips as you’re running multiple systems at once.

The light in LEDs can also be easily adjusted to mimic daylight and this puts the least stress on the eyes and causes less driver fatigue. Brightness levels come close to that in Xenon lights, but LEDs will outlast them in more ways than one (most are rated for 50000+ hours). And they have the fastest ‘ON’ times, meaning increased safety.

Which Lights to Get

Most buyers base decisions on the budget. For comparable output and brightness, halogens come as the cheapest option, and Xenons the most expensive. LEDs slot safely in the middle, as R&D and a growing list of competing brands have brought prices down.

Brightness levels are the main thing to go by if visibility is your main concern. The ageing tech in halogens means brightness comes at the expense of high heat generation and more power drawn from the battery. What drivers see from lights is effective lumens, or the intensity of visible light. This takes all things into account, like lens arrays and reflectors, heat buildup and housings.

Lux ratings tell drivers how far light spreads into the distance. Go with Xenon 4×4 driving lights if you need the longest possible projection of light, but be prepared to pay. LEDs aren’t far behind, and inexpensive pairs will take care of most of your lighting needs.

Colour temperature is also a major selling point and has to do with the type of light. More natural lighting is achieved with LEDs and this is what you want if you drive long hours at night. Temperatures around 5000 Kelvin are easier on the eyes, and won’t dazzle oncoming drivers.

Lastly, consider how spotlights and lightbars are built and where they are mounted. Quality metal housings, sealed anti-reflective front covers and decent reflectors better disperse light and increase resistance to water, impact and heat. Where possible source lights with IP ratings, as these will last the longest in harsher conditions. Ensure that lights are mounted where beams offer the highest visibility, without endangering other drivers. States have specific laws as to which types of lights can be used, and where they can be mounted.