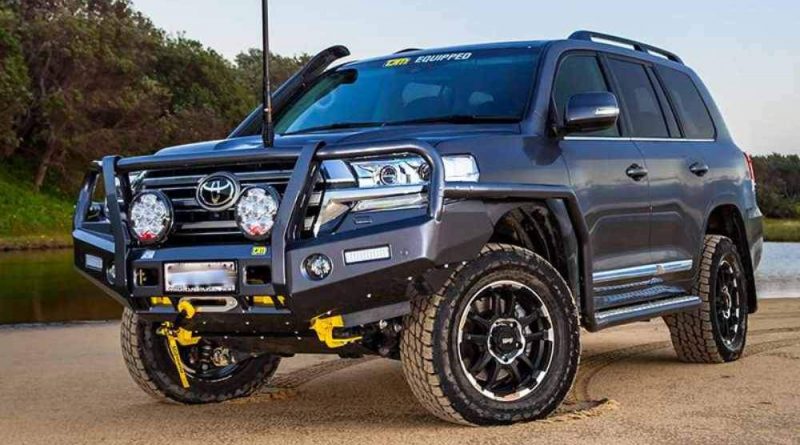 Aussies were clambering over each other to get their hands on the last remaining examples of what has proven to be the off-road vehicle to rule them all – the LandCruiser 200 series. Even in its last year of production, sales figures reached new records. Over 15000 units were sold in 2020, before buyers were forced to part with an off-roading legend. The long, 14-year production stint has seen the car modified and accessorised in countless ways. Toyota even offered the desert-ready Sahara trim to tame the appetites of serious off-roaders.

But even in the top-shelf variants, there was one noteworthy omission. That of a modified Landcruiser 200 Exhaust. And you’ll definitely want one over the stock exhaust. Why? Because of better performance from the big displacement diesel. Add to that less wear to the engine internals, increased fuel efficiency, and the pronounced growl from the exhaust tips each time you press down the pedal.

What You Get with an Aftermarket Exhaust

Let me elaborate on the points above. The 4.5 V-8 diesel in the 200 series produces serious grunt. And there’s enough torque for anything you need. What the engine doesn’t have is room to breathe. The exhaust cycle is hampered by the narrow tubing, snaking its way through every nook and cranny in the underbody. The result is a buildup of pressure, and exhaust gases taking a bit too long to get moving.

With more realty in wider tubes, there is sufficient space for faster airflow. This is also aided when the tubes are positioned straighter. Faster airflow translates to more speed, as the engine is free to indulge in new air in the next intake cycle. This means less backpressure creeping its way back into the cylinders. As for the turbos, the faster exiting exhaust gases engage the fans in the turbine quicker. You won’t need to work the engine as hard to get the revs going.

There are two benefits here. First, the engine is less stressed. Parts won’t come under the typical increases in pressure and temperatures from slow-moving exhaust. As such, the engine internals should also last longer and improved efficiency contributes to reduced fuel use. Second, with more new air free to flow into the cylinders, there’s an increase in overall power.

Estimates are that with an added aftermarket exhaust, performance increases are up to 15 per cent. The 268 bhp in the 4.5-litre V-8 diesel can now easily exceed 300 bhp. With an added intake, in the form of the factory-fitted snorkel in the Sahara, or an under-hood quality intake capable of sucking more oxygen into the engine, these figures soon become real. And for a car over 2.7 tons dry, more power is always welcome.

Since the majority of cars on Aussies streets boast the 4.5-litre twin-turbo diesel I’ll be looking at diesel-specific exhausts. Take in mind that there also are cat-back and header-back exhausts for the 4.7-litre petrol though most of these are early models, well before the MY 2016 refresh.

Being a twin-turbo, exhaust builders commonly offer a 2-in-1 Landcruiser 200 Exhaust. This features 2 sets of tubes coming off the turbo, leading onto the dump pipes and catalytic converters, extending into the front extension pipes, before merging into the muffler assembly just over the rear diff. A wider pipe exits the muffler, flowing into a rear connecting pipe, and attaching to the tailpipe and the single exhaust tip. This is a 2-in-1 turbo-back exhaust.

The turbo-back system will give the most gains, since the tubing is wider along the whole length of the exhaust. There are also DPF-back exhausts for the 2016-2021 models of the Landcruiser 200 Series. These too are 2-in-1 exhausts. This keeps the stock front piping up to the DPF filters in each set. The pipes from here converge, taking the form of a ‘Y’ before meeting into the single muffler. The extension and tailpipe setup is the same as in the turbo-back exhaust.

Width is one of the factors giving more performance. The stock 200 series exhaust has a diameter of 2.25 to 2.5 inches at its widest. By comparison, a performance aftermarket exhaust is considerably wider, with the twin tubes from the turbo at 3 inches, while the extension and tailpipes from the muffler at 3.5 inches. The added space does away with any potential backpressure issues.

Buyers can play around with the exhaust sound they’re after. Choose a resonator to mute the engine rumble. This adds to the price, but cuts out the fun factor. Or you can do the sensible thing, and go for a muffler delete. You get a loud, raspy growl from all those cylinders at work and save some cash in the process.

As with all vehicle additions, quality workmanship and materials are another thing to consider. Hand-built exhausts mean builders put more time into quality control and attention to detail. Tubes are mandrel-bent to ensure that there are no restrictions and there’s the inclusion of quality connecting flanges and brackets to minimise vibration. In terms of materials, Landcruiser exhausts are made of high-grade steel with increased levels of heat and corrosion resistance and the added coat of enamel protects the exhaust from water and road spray. All 200 series exhausts are bolt-on types, so are easy to install, but for a professional fit get the work done at the shop.