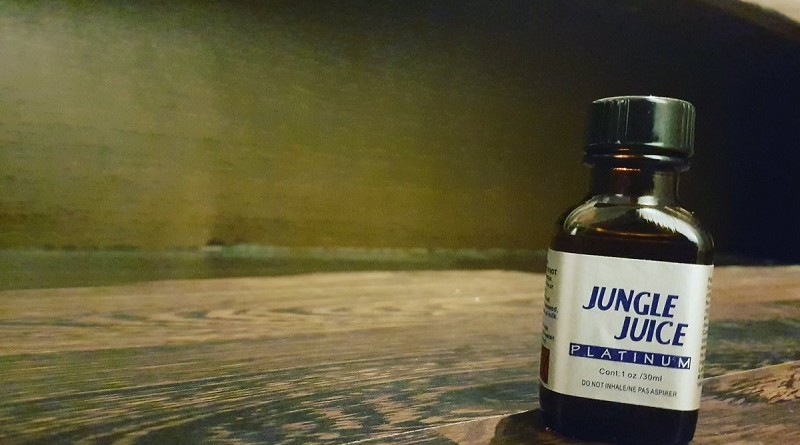 When all that was said and done, I got really intrigued by this weed-like drug with short-term effects, and decided to do some research on it when I got home. Apparently, poppers have been around for decades, but they didn’t see the light of day outside of gay community. The drug comes as a liquid with a very unique smell; some products, such as the jungle juice poppers have a fruity, sweet scent, while some smell like sweaty socks.

Most poppers available today belong to the alkyl nitrite family. Nitrites act as a vasodilator, meaning, they dilate blood vessels, allowing more blood to enter the brain, which can result in an intense short-lived head rush. From my experience, it’s not only the brain that receives more blood, but other parts of the body as well (giggles).

Anyway, I decided to try poppers one more time while I was going at it with a lady friend, and the results were admirable, to say the least. If you inhale at the right time, right before you reach orgasm, they add to the intensity of the orgasm, making you feel like you just blew the biggest and best load of your life. My lady friend gave it a try as well, and she too was left in awe.

I’ve read online that frequent use of poppers isn’t recommended, as there can be some unpleasant after-effects, like headaches in the morning, similarly like having a bad hangover. Especially if you’ve used the drug several times throughout the night. So just like in pretty much anything, moderation is key when consuming poppers. Try to keep it away from the skin, as it can cause burns.

Well, realistically, all drugs involve some kind of risk, and one of the biggest problems with poppers is that due to some countries banning some of its substances, manufacturers are attempting to tweak the compound, making it more dangerous. So if you’ve decided that you want to partake in using jungle juice poppers buy it from a reputable supplier who’s known for selling the real deal.