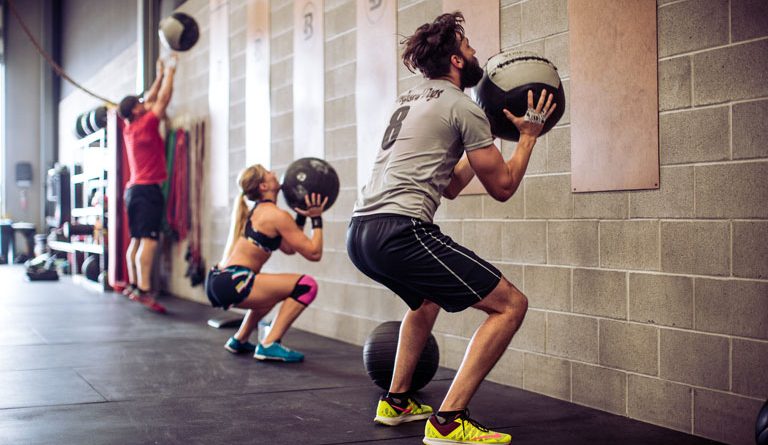 We hear it everywhere now, the importance of eating healthy, drinking plenty of water, and maintaining an exercising routine if we want to count on optimal well-being, but no one tells you it’s the routine that can talk you out of working out eventually.

The first few months when you get into the healthy living mindset, everything is ideal, you see a bit of progress with every effort you make, you feel motivated, but after a while you sort of get stuck. I have been there, and was so close to giving up working out, until I tried to spice things up with crossfit wall balls.

Due to the intensity of the exercise, I had to get the high impact balls specifically designed to withstand the repetitive beating during the workout, so I went for the design of polyester fibre and rubber. Sure, CrossFit is nothing new, as it’s been around for decades, but it was new for me, and I could immediately see a difference. The reason I’d been avoiding CrossFit altogether was the fear it was only meant for the fittest, so instead of any progress I imagined it would actually have a counter-effect with me, and as it turns out it was the other way around. Thanks to engaging more muscles and joints, crossfit wall balls improved my performance.

I have to admit the first few days after trying the “wall ball” I was exhausted, I couldn’t feel my muscles because of how sore they were, but along with the pain I knew I was getting the results I wanted. Instead of making me give up, I was more and more motivated, so just like that, the CrossFit challenge helped me say bye to workout boredom.

Come to think of it, wall balls are the ideal exercise for the body as a whole as I already mentioned, but it’s not just the muscles and joints that get the workout, it’s the heart and lungs too which is why it’s recommended for anyone looking for a cardio respiratory exercise.

Now after days of having my share of CrossFit, the answer is yes I can! The key is taking as much time needed to get into the workout, and avoid starting with heavier wall balls.