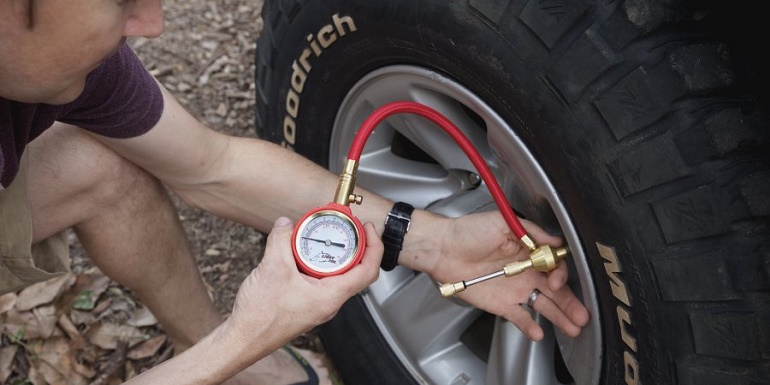 While the average commuter won’t put much thought into their tyres, the experienced off-roader understands just how important having the appropriate tyre pressure level can be when conquering the Australian outback. In order to accurately set the tyre pressure in your tyres, there are special gadgets called tyre deflators. But with so many different types available nowadays, it’s kind of hard to decide which one is right for your needs.

One of the most popular types of deflators are pre-set deflators, which come in sets of four, and they can be pre-set to a tyre pressure at 30 to 6 PSI. They allow you to deflate all four tyres simultaneously, although they release air rather slow. You can drive the vehicle slowly while deflating, but that’s not really advisable. It’s much safer to first reach the desired PSI, then start driving.

These deflators are very accurate, but it’s advisable that you still check the tyre pressure after deflating, due to the fact that they don’t always hold the same amount of pre-set PSI from the last time that they were used. This could be caused by several different things, such as driving vibrations, accidental handling, or while in storage. However, adjusting the deflators back to the desired settings is very straightforward.

Another popular type of tyre deflators are the pressure gauge ones which release PSI very quickly while giving you accurate readings on the tyre’s pressure. They are screwed onto the outer valve until they’re on the entire thread. Then, an internal stem is pushed until it contacts the internal valve, which should be unscrewed. Once that’s done, the tyre can be deflated. Due to the fact that these deflators release a lot of pressure quickly, it’s important to frequently stop and check the pressure.

When the tyres reach the desired pressure level, you need to screw the inner valve back in. However, you have to be extremely careful not to over-tighten it, as that may damage the valve and result in air leaks. Moreover, these deflators can wear the valves down over time, but that typically won’t happen before you need to get new tyres anyway. Keep the tyre valve free of dirt by keeping the caps on at all time.

It really doesn’t matter which type of deflator you choose, as that’s mostly up to personal preference. Both types are quite affordable and won’t break your bank, even if you decide to get both of them. They’re also compact, portable devices, which means they won’t take up much space in your vehicle.

No outdoor camping and hiking adventure can begin without having the needed essentials, and one of them are daypacks. They